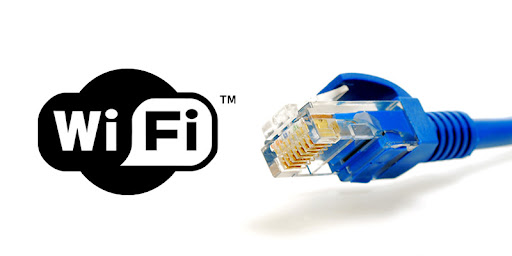 Wired vs Wireless Networks: What Are The Pros And Cons?

Introduction to Wired vs Wireless Networks

The requirements of modern households and workplaces are increasingly demanding broader and more universal broadband access than a single PC or group of PCs connected up to a router with ethernet cables. Wi-Fi devices access the same internet connection remotely, as well as exchange files and other resources. They somehow also enable mobile devices, such as laptops, pads, and smartphones to roam freely inside the network region while connecting to the internet and the network.

Advantages of Wireless and Wired Networks

However, there are drawbacks to wireless networks, particularly when compared to wired networks, which usually maintain a higher internet speed and are more reliable.

Wireless networks have a significant advantage over wired networks: users can navigate inside the network area with their laptops, portable devices, and so on and still have access to the internet.

Users may also exchange files and other resources with other network-connected devices without being tethered to a port. Not having to lay a lot of wires and run them through walls, for example, may save a lot of time and money. It also makes adding additional devices to the network simpler because there’s no new wiring required.

If you ever own a company, maybe a café, having a wireless network that consumers can access can bring more clients. Wireless networks are popular among customers because they are convenient. Wireless networks may occasionally manage more users because a fixed number of connection ports does not restrict them. The instant conveyance of information to social media is simplified. Taking a picture and posting it on Facebook, for example, is considerably faster with wireless connectivity.

Disadvantages or Cons of Wireless and Wired

It may cause additional expenditures and equipment to get set up. However, increasingly, routers and gadgets such as laptops, mobile devices, new DVD players, and TVs have built-in wireless capabilities. Setting up a wireless network might challenge those who are unfamiliar with computers. (Of course, there are difficulties with putting up a wired network!)

File-sharing transfer rates are often slower over wireless networks than on cabled networks. Speeds can also vary significantly depending on your position in proximity to the network. A wireless connection is typically substantially slower than a connected one. The link also degrades as you move away from the router, which might be an issue in an extensive building or area. Ordinary home materials and structures might impede wireless connectivity, such as walls, ceilings, and furniture.

Wireless networks are less secure. There may also be issues with neighbors’ stealing capacity if the network is not password secured. Information is also less confident and can get hacked easily.

As we all know, the term “wired” alludes to any physical media made up of cables. Including copper wires, twisted pairs, and fiber optic cables. A wired network gets used to transport various types of electrical communications from one end to the other.

Using the wired network idea, they make one internet link through a T1 line, network adapter, or other ways in most wired networks. Many devices share the connection.

As we all know, the term “wireless” refers to a media made of charged particles (i.e. EM waves) or infrared waves. Every device will have an antenna or sensors. Examples are cellular phones, wireless sensors, TV remotes, satellite dish receivers, laptops with WLAN cards, and other wireless devices.

Wireless networks do not employ cables for data or speech communication; instead, they rely on radio frequency waves. Other examples are fibre optic ones and broadband ADSL, among others.

Somehow, both of the networks have their advantages and disadvantages as well. What depends on their status is your workload. If you need some super fast speed and with that, you can work in a limited range with a wired connection and the second option is to go with a wireless connection. The connectivity with the wireless network is super, and the content is much expanded compared to the wired network service.