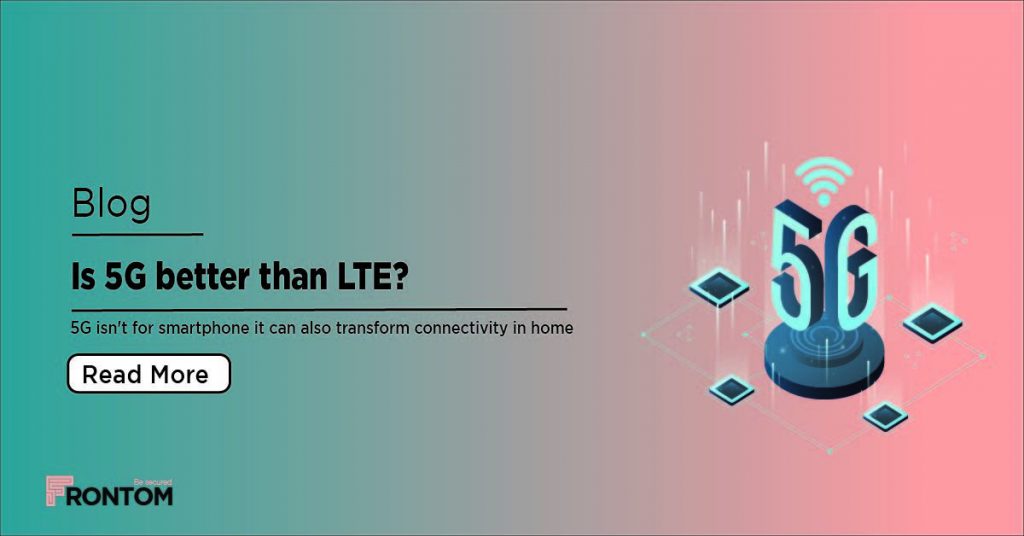 Is 5G better than LTE?

The hype over 5G appeared to last for years, yet the technology is now widely available in most major urban regions. Municipalities and rural areas throughout the globe are implementing the 5G standard, which will be as prevalent as the 4G standard before it in the not-too-distant future. We’re still relying on old-fashioned LTE technology, which is still in its nascent stages.

As a wireless communication technology, LTE was designed to replace CDMA when first announced in 2009. It will take time for LTE to be adopted as a national standard, just as it did with 5G. In the UK and other wealthy nations, LTE coverage is unavailable only in a few spots.

The reliability and stability of LTE have made many questions about the need for 5G.

Is 5G better than LTE?

Mobile networks and communication have come a long way in the previous several years, and they’re already everyday objects. The quality of mobile broadband providers’ networks has improved with the rise in demand for fast internet and data. The 5G network is the next step in developing the LTE network. Known as G (fifth generation), next-generation wireless communication technologies seek to improve wireless networks’ speed and durability.

A few of the performance criteria that the 5G network aims to strengthen are coverage, peak rate, spectral efficiency, and latency. A wide range of radio access protocols is supported by the 5G network (RATs). LTE is a significant factor in the widespread availability of mobile broadband. In fewer than 20 years, there have been more than a billion users.

What is the 5G Technology?

The term “5G” refers to a global mobile network of the most recent generation. Every device can now talk to each other. Networks choose it because of its higher peak data throughput (up to several Gigabits per second), enhanced reliability, and availability. As a result of the 5G network, VR and AR (augmented reality and virtual reality) may be used more reliably and quickly. With Frontom’s cutting-edge 4g/5g network infrastructure services by your side, you can promise to deliver network activities beyond expectations.

The most significant data rate that 5G can provide is 10 Gbps, which is better than LTE. Additional spectrums like mm-Wave may also be added to the system. It has a bandwidth of 20 GHz. The system can support one million devices per square kilometre. It also has a quick reaction time of fewer than ten milliseconds.

The minimum speed is between one and twenty gigabits per second (Gbps); however, it may increase.

What is LTE Technology? 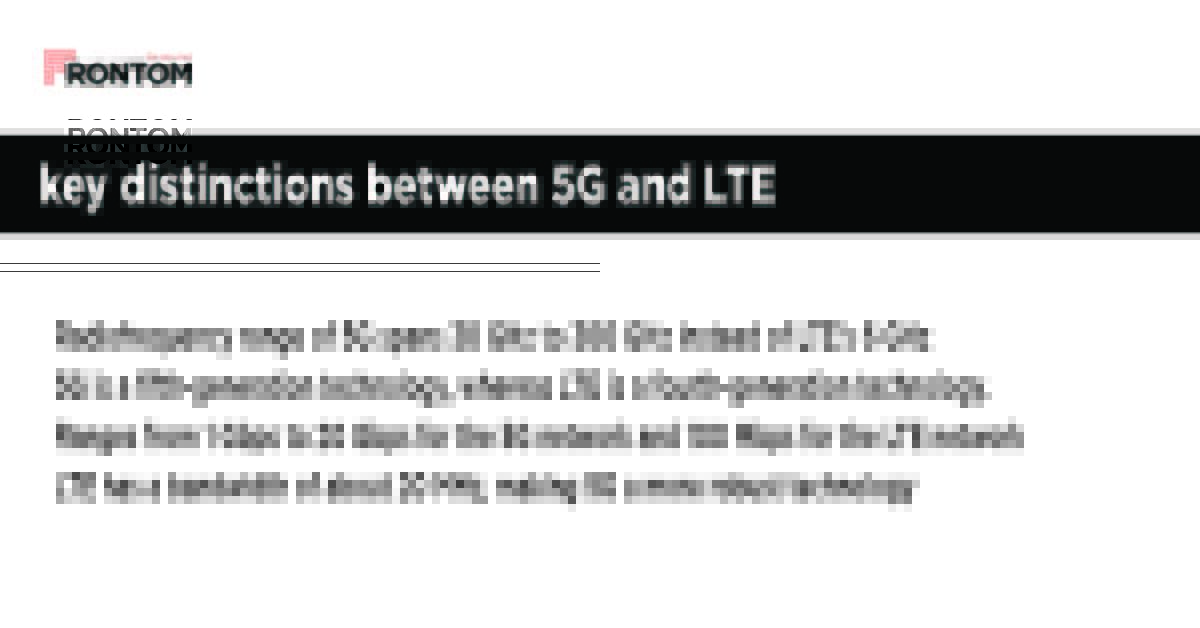 Cellular network technology known as LTE refers to the fourth generation. It’s faster and more capable than prior devices in terms of network bandwidth and data transfer rate. 5G New Radio, based on LTE technology, is the current standard for 5G. To manage 5G data traffic, non-standalone 5G networks, which are still in their infancy, use a 4G LTE control plane. LTE, or 4G LTE, was developed due to the third-generation cooperation project. It has a maximum download speed of 100 megabits per second (Mbps).

Although facts are quite good, 5G is better than LTE. Considering it’s the fourth generation of a smartphone, its data rate is outstanding. You may download at speeds of 300 megabits per second on the downlink and 75 megabits per second on the uplink. An LTE network’s downlink transmission is modulated using OFDM (orthogonal frequency-division multiplexing with orthogonal access, or OFDMA for short) (OFDMA). Uplink signals are transmitted using single-carrier FDMA to decrease the transmit power required by the mobile terminal.

What are the Key Distinctions between 5G and LTE?

For telecom operators and companies spanning 3G/4G and 5G, 5GWorldPro can help you provide end-to-end solutions without vendor support. You’ll save money while still offering an outstanding service to your customers. Due to licensing, technology, traffic, and competitive dynamics, operators and regulators are finding themselves on the unknown ground regarding spectrum planning.

The 5GWorldPro team is particularly suited to help clients choose the right spectrum package for their requirements. Because of the issue’s complexity and the significant financial implications, thorough planning and board buy-in are required before an auction. Thus, 5G is better than LTE.

Despite the widespread use of 4G LTE networks worldwide, the 5G network is the newer and more powerful version that will meet more demands and eventually become the global standard. As a fifth-generation technology, 5G is distinct from LTE, a fourth-generation technology. Its radio spectrum runs from 30 to 300 GHz, far more expansive than LTE.

The bandwidth of 5G is far superior to that of LTE. There is a noticeable time gap between the two. The 5G network’s latency time is less than ten milliseconds. With LTE, you should anticipate a lag of at least 50 milliseconds. Additionally, 5G has many new features and benefits that address all 4G’s flaws.