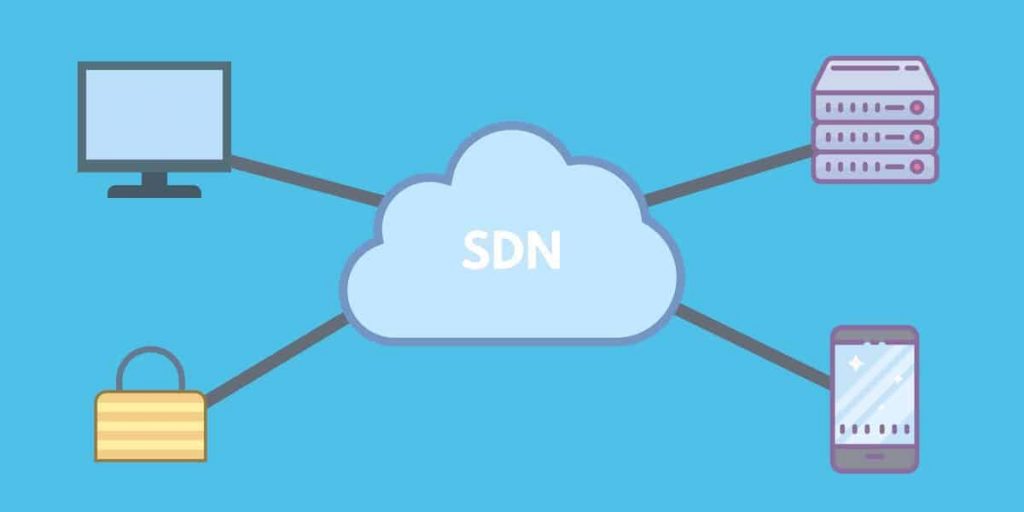 Advantages of Software Defined Networking will be discussed in this blog. SDN, an acronym for software-defined networking, is a network management technology used in businesses to centralize and simplify network administration. SDN’s most frequently cited advantages are traffic programmability, agility, the ability to create policy-driven network monitoring, and network automation adoption. The majority of its benefits derive from offering a framework capable of supporting data-intensive applications such as virtualization and big data.

It’s much simpler to upgrade a single piece of hardware now that SDN helps virtualize a large portion of networking hardware. SDN enables you to create a configuration snapshot and quickly restore it in the case of update failures.

Multiple teams must cooperate to accomplish a task in physical environments. In most businesses, changing a piece of physical networking equipment, for example, involves significant cooperation and effort.

SDN, or a single pane of glass networking, enables you to control both virtual and physical networking from a single interface. A virtual administrator can manage all necessary changes without engaging several teams.

Network configuration and administration in a centralized manner

SDN simplifies corporate management and provisioning by providing a consolidated view of the whole network. Due to the increasing integration of VLANs into physical LANs. A centrally supplied virtual or physical network device may provide more adaptability by abstracting the control and data planes through SDN.

By centralizing networking control via the use of a centralized management solution, data center managers may benefit. Meanwhile, SDN provides several isolation mechanisms, including confining ACLs and firewalls at the virtual machine NIC level on top of existing network architecture. Additionally, the SDN administration interface enables the creation of traffic rules, giving you complete control over network traffic.

Management of a company on an integrated basis

SDN enables the transmission of virtual packets to network-connected software or hardware. Because of virtualization, it’s easy for virtual administrators to configure a computer to connect to the internet.

Centralized security is one of the most appealing features of security-defined networking to IT managers. As a consequence of virtualization, network management has grown more complex. When virtual computers are added and removed from natural systems, it becomes more difficult to establish consistent firewall and content filtering rules. Complicating matters, such as safeguarding bring-your-own-device (BYOD) devices, exacerbates the security problem.

The SDN Controller enables the consistent distribution of security and policy information across the business. While it is possible to establish a single point of attack for all security-related traffic using the SDN Controller, SDN may also be used to manage security throughout the enterprise if implemented securely and adequately.

All network components may be managed and controlled from a single location, thanks to SDN. Network managers may find it challenging to manage the settings on a single router, but the task becomes exponentially more complex when many physical routers are required. By integrating administrative APIs in the SDN interface, SDN streamlines the management of physical routers.

One of the main benefits of software-defined networking is the ability to manage and govern data flow. The deployment of quality of service (quality of service) for voice over IP and multimedia transmissions becomes simpler when data flow may be directed or automated. By improving network responsiveness, SDN makes streaming high-quality video easier.

Network abstraction and the increased agility it provides for network management and automation have their advantages. Depending on the network, the particular benefits of software-defined networking will differ. A study of the network’s components and architecture is required before deploying SDN successfully to help address issues like resource availability, virtualization, and security on the web. SDN offers many advantages, but it may not be the ideal solution in all network scenarios.

VLANs must be established on various networking devices, such as routers and switches, to separate client workloads in a physical environment. Because the SDN manages a large portion of the networking, service providers may isolate their customers’ virtual machines from other customers.

Software-Defined networking provides many advantages to different types of data center operators (SDN). Additionally, the benefits of Software-Defined Networking SDN may be the solution to your prayers as a cloud service provider seeking to ensure customers’ virtualized workloads can be readily migrated. Along with decreasing network complexity, SDN allows Cloud service providers to host millions of virtual networks without relying on traditional network separation and isolation methods such as virtual local area networks (VLANs). SVN (VLAN). Network administrators may use SDN to virtualize physical network connections and control network services from a single management tool.

While several businesses have implemented SDN solutions and others are currently testing one, the many benefits of SDN should encourage holdouts, especially cloud service providers, to adopt the technology shortly. Numerous companies have adopted SDN.