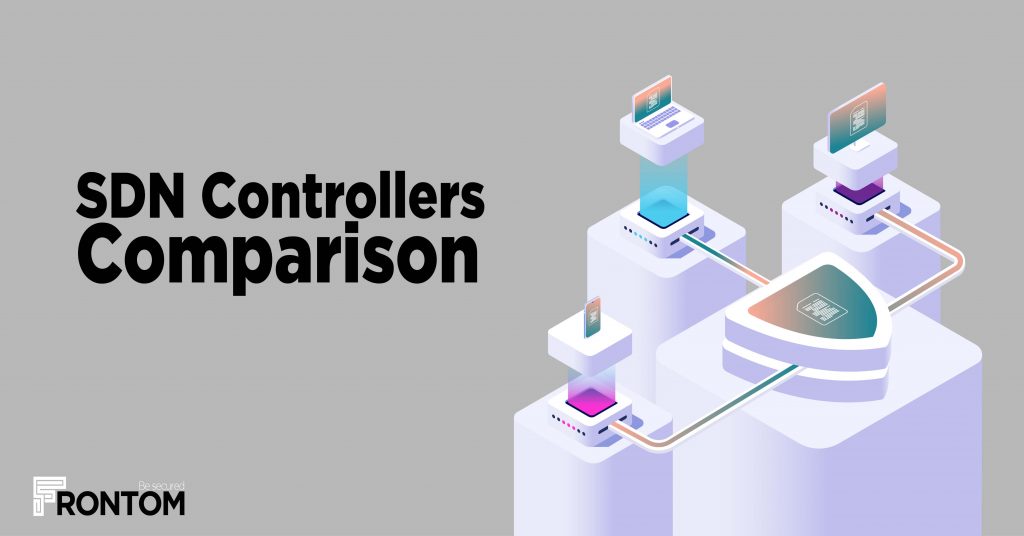 Software-Defined Networking, mainly known as SDN, is a different approach to networking. In this approach, APIs and SDN Controllers Comparison interact with direct traffic on a network.

These software-based controllers enable communications with basic hardware infrastructure. SDN differs from the traditional networks in many ways.

The old-fashioned networking approach uses routers and switches to control network traffic. In comparison, SDN comes up with a virtual network and controls traditional hardware through software.

The Software-Defined Networking technique is a new way of controlling the transmission of data packets via a centralized server.

We can give some credit to controllers as SDN controllers work significantly to maintain the accurate delivery of functions.

Another advantage is that network virtualization enables multiple devices on distinct physical networks to make a single virtual network. Many software-defined networking solutions are available to help you improve overall network performance.

How does SDN work?

The software does not pair with the hardware. However, the SDN controllers work by helping you find the route to send traffic to software.

After forwarding the traffic to the hardware part, the control plane leaves. Moreover, network administrators using SDN take advantage of this approach. In addition, it controls the whole network through a single pane of glass.

This part communicates resource requests about the entire network.

This part determines how to route data packets by the information received from applications.

This part of the SDN infrastructure receives details from controllers about the destination of data packets.

However, physical and virtual networking approaches pass the data throughout the network. Sometimes, the embedded virtual switches in hardware or software take charge of physical controls. Then they merge their functions into a particular intelligent controller. Moreover, this switch checks the data packet integrity and then moves the packets along.

How do SDN Controllers Work?

Now, let us discuss the working procedure of SDN controllers.

A software-defined controller is mainly an application in an SDN architecture. That works with the motive to improve application overall performance and network management.

Northbound interfaces set a communication link between the SDN controllers and applications like load balancers and firewalls. However, a standardized set never came into existence by the industry because of varying application requirements.

Hence, the controller plays another role in communicating with individual networks by a southbound interface. This interface makes it easy for the controllers to decide which network path is optimal for application traffic.

In simple words, firstly, the Ethernet switch contains two different components: hardware and software. And when a data packet arrives at any hardware port, it asks software what it should do.

The software is mainly known as firmware, then goes through the list of connected devices to the switch. After analyzing the routes, the firmware dictates the hardware to pass the packet to a specific location. This is all that we care about from an SDN standpoint.

Separating the software and hardware from the switch is when the SDN controller arrives.

Multiple IT infrastructure consulting services companies are working tirelessly to develop a better version of SDN. These services help us create a new enhanced multivendor network solution. New technologies, just like software-defined networking, are making networks more agile than ever.

These services allow you to fill the gaps and utilize the SDN completely. The consulting services provide recommendations about your infrastructure and operational processes that might help you. 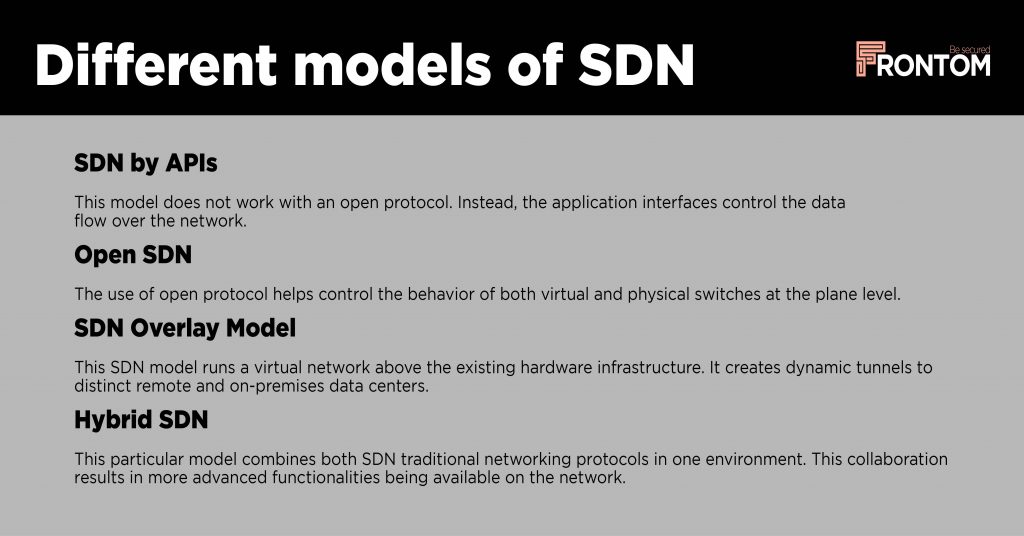 There are four different types of models of software-defined networking. All these models work to control the data flow in switches and routers.

This model does not work with an open protocol. Instead, the application interfaces control the data flow over the network.

The use of open protocol helps control the behavior of both virtual and physical switches at the plane level.

This SDN model runs a virtual network above the existing hardware infrastructure. It creates dynamic tunnels to distinct remote and on-premises data centers.

This particular model combines both SDN traditional networking protocols in one environment. This collaboration results in more advanced functionalities being available on the network.

The applications and services associated with the cloud cannot function without SDN. SDN solves the critical problem of data movement in distributed locations, which is difficult for cloud applications. The major benefit of SDN is the quick workload movement around a network.

It makes it easier for the networks to flex and scale. However, the flexibility and speed characteristics enable SDN to support emerging technologies like IoT and edge computing that require fast and easy data transfer between remote sites.

Nevertheless, you need to ensure that the software-defined networking solutions you choose are analytics-driven, programmable, and cloud-based. Furthermore, IT infrastructure consulting services play an important role in solving the network service challenges you face.

Software-defined networking has shown a strong impact in the tech industry. A rapid shift from traditional networking approaches to SDN use is one of the biggest reasons behind its success. The change to SDN from conventional hardware-based solutions results in new efficiencies and saves maintenance costs.